Is PulseChain ($PLS) a Deflationary Asset? 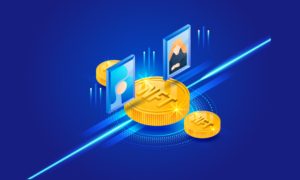 PulseChain NFT: what happens after the Ethereum fork
HowToPulse Team May 24, 2022

People use the words “inflation” and “deflation” in different ways. In the legacy financial world, inflation is generally thought of as an increase in prices. For example, if a loaf of bread costs $1 this year, it might cost $1.03 the next. You just witnessed a 3% inflation. But in crypto, when the price of ETH increases from $1,000 to $1,200, no one calls this “inflation.”

Some economists perceive a causal relationship between an increase in the money supply and an increase in prices in the real world. Indeed there may be such a relationship, but there are other factors that drive inflation too, such as the scarcity of raw goods required to produce, or constraints in the supply chain. The relationship between monetary expansion and price increases (and the dynamics of this relationship) are debatable. We don’t want to get too bogged down in an analysis of inflation in this article. But, for now, let’s recognise that there are two things people can mean when they talk about “inflation.”

(1) Inflation like the universe expanding, or cells replicating and growing in number;

(2) Inflation in the Venezuelan sense, where the price of things keeps going up.

In the crypto space, when people speak about a coin or token that is “inflationary”, what they tend to mean is that the number of tokens increases out of thin air (the “Universal” or “cell” inflation). When we talk about a “deflationary” cryptocurrency, we mean that the coins are burnt out of existence according to some function; for example, a percentage of coins being burnt for every transaction made.

When tokens become more scarce – as they do in a deflationary cryptocurrency – then if we assume static or increasing demand, the price of that token would tend to increase (please note we are excluding from this any discussion of liquidity pool ratios).

When it comes to blockchain, the decentralized empire, these Economics 101 rules are taken and put to play in order to pump up the value of the token or crypto coin. If a coin is deflationary and it is accepted by its users and businesses as a legitimate currency against which goods can be traded, its value grows and people fight to get it. The game is on!

To cite PulseChain’s official website: “PLS has 0% inflation. Validators only earn fees and 25% of the fees are burnt to reduce the circulating supply.”

There will never be more PLS coins than on the day it is launched. Afterwards, validators, those who check the authenticity of transactions on the PulseChain, will earn 75% from the fees and the remaining 25% will be burnt, destroyed, deleted to reduce the circulating supply.

Inflation and deflation are ways of changing the ratios of ownership over time and incentivize certain behaviours. It is not entirely possible to predict what will happen no matter the scenario a project decides to go with. That is why it is part of a project’s so-called “game theory”. In the end, it will hinge on how many people are ready to play the game, that is to adopt the coin.

This will be an exaggeration of the concept explained above, but imagine a project with 100 coins, each one worth $1. We could say that the total value of the project is $100. A few months and many transactions later, due to the burning feature only 50 coins are left. If the userbase has not increased and the same users still believe in the value of the coin, then most likely the value of the project is still (at least) $100. But, since the circulating amount of total tokens has been cut by half, each coin is now worth double. Are you following?

If you don’t get it, read the last paragraph again. If you get it, read this: one day the project goes viral, hundreds, thousands, millions of new users want to jump in and acquire that coin. Oh my, the initial owners are going to hold on to those 50 remaining coins or sell them for way more than its initial value. When new users come, the value of the coin increases. Hello, moon.

PulseChain is interesting because there is less direct incentive to be a validator (for people outside of the system), but from the perspective of a whale, someone who owns a lot of PLS, you want to make sure the system runs smoothly so it’s worth it for you to be a validator.

To sum it up

Pulse is deflationary because it becomes more scarce with time. The potential of a coin’s value growing astronomically is higher when it is deflationary, especially, when people start trading it against other goods and services and it goes mainstream.

www.howtopulse.com is not affiliated with PulseChain in any form.

As members of the PulseChain community, HowToPulse.com mission is to make the onboarding process as simple as possible.
We did the research for you providing top quality information, tools, news and updates about PulseChain, HEX and PulseX

Ask us a Question